How to Improve Situational Awareness - Part 1 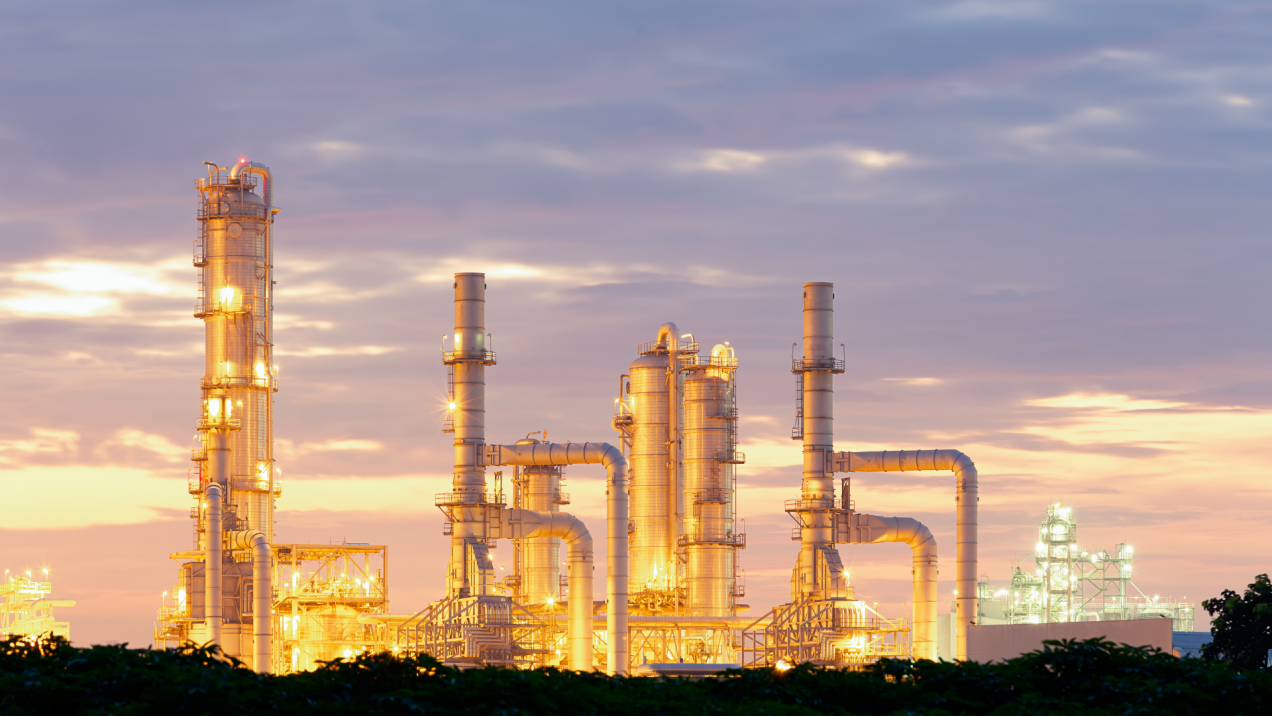 Systems that were meant to keep the process in control and inform operators of deviations, at BP Refinery in Texas City and Texaco Refinery in Milford Haven, were incapable of their basic task. As a result the operators in one case were given faulty alarm information whereas in the other case operators were flooded with too much alarm information not allowing timely response.  It was very difficult for the operators to be aware of the situation that was developing.

Situational Awareness means being aware of what is happening around you and understanding how information, events, and your actions will impact goals and objectives, both immediately and in the near future.

This is a broad definition that can be broken down into perceiving (gathering data), understanding it (creating a mental model) and thinking ahead – the situation triggers decision making and action that updates/changes the mental model. That is perfectly captured in Endsley’s theoretical model of Situational Awareness: 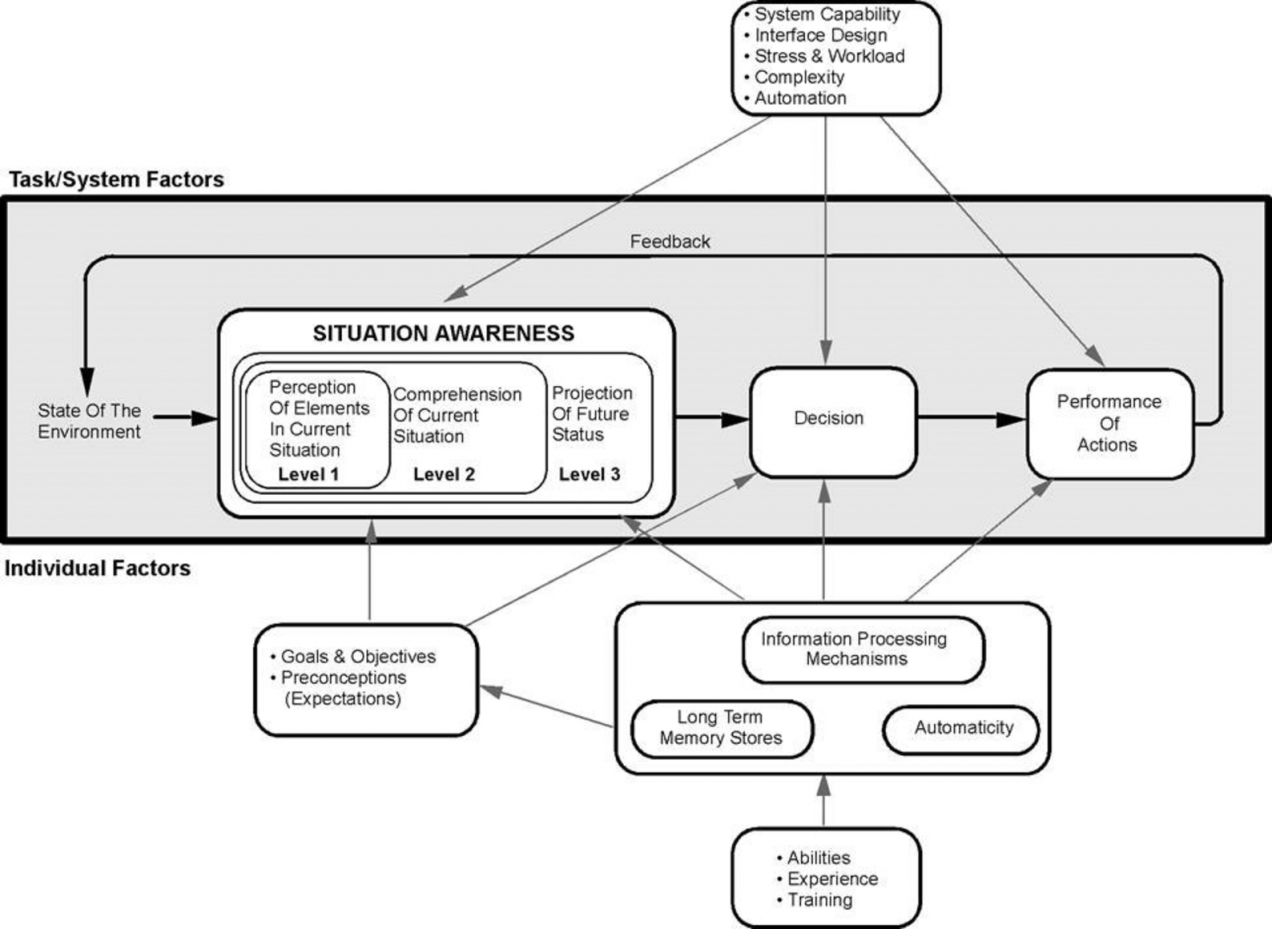 Not Just in Manufacturing

Situations where low situational awareness affects good decision making do not only exist in manufacturing industries. They exist in many other industries, below two examples:

2. Maritime, from Situation awareness in bridge operations – A study of collisions between attendant vessels and offshore facilities in the North Sea:

In eight cases, the source of the SA error was the bridge crew’s failure to monitor or observe critical available information.

In five of these cases, the bridge crew failed to detect settings in the vessel’s technical system. Notably, two cases followed an almost identical course of events in that they were both caused by the bridge crew believing that the vessel was on manual steering when it was actually on autopilot.

Contributing causes associated with with sources of SA errors

The proliferation of digital control systems which took a flight in the mid-nineties caused an incredible increase in the number of control loops, under the control of an operator, and an inflation in number of configured alarms. The drive behind this often: if you can measure it, have spent the money to wire and measure it, then display it and configure alarms on the signal (even when it was an input for a secondary control function).

The consequence of this caused issues. Irrelevant information presented to operational personnel that causes resulting risks, for those in the first line of control, such as:

The immense growth of sensors, in the IIoT arena, and vendors that have not dealt with similar issues can cause a repeat of this if we do design the systems correctly and fight information overload from the start.

The first, most obvious, step is to lower the amount of information presented to the human in the loop. Take this example from ScanRaff Sweden:

The consequences of a trip of this compressor is that the heater will shut down, and so will the feed-pump. This is done by the safety system. So alarms that are meaningful to the operator in this situation are confirmation of heater shutdown and feed-pump shutdown, and the reason for the compressor trip.

It is obvious that the alarm system considered this to be 392 separate events while to the operator this was one event, a compressor trip.

You can conclude from this example that much of the information presented is irrelevant (state/situation dependent) and as such could be hidden from the operator’s view.

Consequential alarm/event analysis can help you here to greatly reduce what is presented (and requires action). Next to this, a bad-actor analysis around the time of the trip will certainly highlight the alarms that just cause nuisance.

These first measures, you could argue, are fire-fighting measures. But they work bringing the initial overload situation down to a more manageable one. Following this you must think through what information you want presented, how and why to further (more fundamentally) resolve the issue.

We have applied lessons learned in manufacturing industry to for example the Telecom industry and can conclude that even though different goods are produced and service are provided the issues are very similar.

If you want to find out how UReason can help you in improving our situation awareness using Predictive Maintenance and other technologies, feel free to download our ebook.

Learn what UReason can do for you